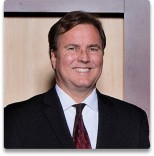 Todd’s public service background includes service as the Deputy Director and COO for the State of Indiana’s Department of Natural Resources which has over 20 operating divisions with regulatory, recreation, land, and resource management stewardship responsibilities. Todd was later promoted to and served as Indiana's Finance Director where he was responsible for Indiana’s Statewide Finances and Reporting (including component units such as Universities). In that role, Todd was also responsible for the Statewide Accounting General Ledger Book of Record and Statewide Asset Management.  He also served six years as CFO with the City of Indianapolis-Marion County, Indiana, DPS.  In California, Todd served in a Senior Policy Management role in the Orange County Executive Office during the County’s successful bankruptcy recovery and welfare reform implementation efforts.

Todd received his Master of Business Administration and a Bachelor of Science degree in Management from California State Polytechnic University.  Todd is a national conference speaker on Excellence in State Government, and is also certified in Lean Six Sigma process improvement.

Todd served as Vice Mayor and as a City Council Member of the fast growing community of Surprise, with over 140,000 residents which makes Surprise the 10th largest City in Arizona.

Todd has also served as an Executive Committee Member of the Board of Directors for WESTMARC and as the Vice Chairman of the Navajo Mission and School in Rock Point, Arizona.  He also enjoys volunteering in civic activities in his community and has served as a State Delegate and precinct committeeman. Todd has served on Church Council and as Treasurer of his churches in California and Arizona and he enjoys international travel including mission trips to improve the lives of sponsored children.﻿﻿

Recommend this page on: